Escaping the Cities of Drowned Ghosts

I’ve had this bit on the shelf for over a year now, just a thought that occurred to me while watching VICE on HBO’s Chinese Ghost Cities episode…

You’ve heard about the so-called Chinese Ghost Cities. Puffy-faced finance consultants on CNN call them ‘a disaster waiting to happen’, or ‘the inevitable result of central planning’ (all hail the Free Market!) Money sinks for corrupt officials, a side-effect of the way in which China calculates its GDP.

The narrative of these cities being an urban/financial planning disaster has at this point been thoroughly debunked. They’re built in provincial capitals and growing industrial areas, perhaps not currently fully occupied, but with their projected growth rate the locals seem confident this is very much only temporary. Looking at the map above though, I can’t help but be reminded of another map I’d seen earlier… 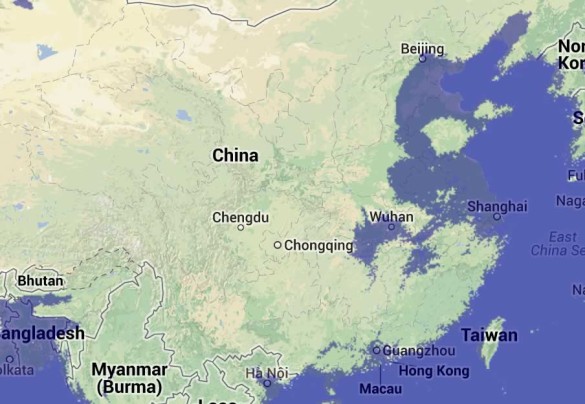 China’s coastline with a +60m rise in sea level.

Here’s a map of what China’s coastline will look like when the polar ice-caps have melted, which without some supervillain-level geo-intervention is going to happen sooner than anyone would like. Notice anything about those two maps? 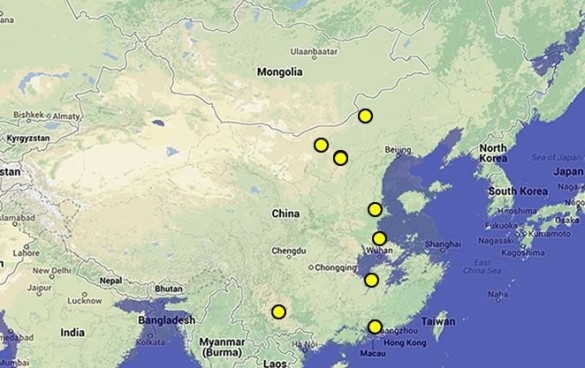 Here’s what you get when you combine the two. Most ‘Ghost Cities’ (growth cities), are in areas positioned to become coastal. Those in Inner Mongolia are positioned to take outflow from the drowned Beijing area. All just part of the grand coincidence of history I’m sure, as the Chinese are renown for their short-term thinking and doing things by accident. Not saying, just saying…